Meh, A Monday in January

Wow so it's been a month or so since I've posted, my bad.  The holidays don't do much for me, pretty much never have or I should say haven't since I was a kid.  Those holidays were pretty fun since I come from a fairly silly family - and we always played board games like they were death cage matches. We also saw lots of people and ate lots of food.  Good times they were, good times.

Now when I think of holidays I just think of the chore of the whole thing.  I love to cook and I don't mind visiting people but I have found as I've grown up (notice I didn't say "grow older" screw that) that it seems to be a one-way street with what's left of my family.  I've started to believe it's not worth the effort since not much effort is expelled.  My family is famous for the phrase "I'll get back to you" and then they secretly hope you'll just disappear.  Now when I hear "I'll get back to you" I just click off and know that a cold day in hell is likely to occur first which is fine really.  What's not fine is to get my child's hopes up and then blow her off.  It's rude and immature and even she knows that and she's a teen full of angst and a bit of bitterness since she's an only child. Well plus she's my kid and inherited the "you all suck" gene. It was bound to happen.

So I have two perfectly fine Christmas gifts left sitting here wrapped all pretty just waiting for the next visitor to my home.  My daughter and I spent time and my husband's money to pay for them and well it could turn into a very nice birthday gift for someone.  Is it re-gifting if the original person never received it? It's a lot of good shit I tell you.  I'd be totally happy to have received it for Christmas.

When you grow up I believe you start to find solitude is not a bad thing and if you come from an obviously interestingly dysfunctional family then you find much peace in it.  Too many large personalities in one room is not always pleasant especially when you need to keep a good tally of who doesn't like whom and who pushes whose buttons (I purposely tried to work on those who, whose, whom's in there - doesn't mean it's grammatically correct you grammar police people).

When you get to a certain age (somewhere over 30 but under 90) you find you have more in common with your friends.  Maybe it's because you choose them and the dynamics are different.  Sure I can tell one of my siblings or a random cousin they're a dumb ass but it doesn't have the same effect as it does when you tell a friend.  A sibling will remember it forever and ever and beat it like a dead horse.  A friend might punch you in the face and perhaps even tell you you're a psychotic bitch, like it's a BAD thing, but most of the time if you've been friends long enough you just shrug it off and move on.  It only comes up again as a funny story that normally starts something like "Remember that time you went off your meds" and ends with "so we went to the roller derby and yelled at people". 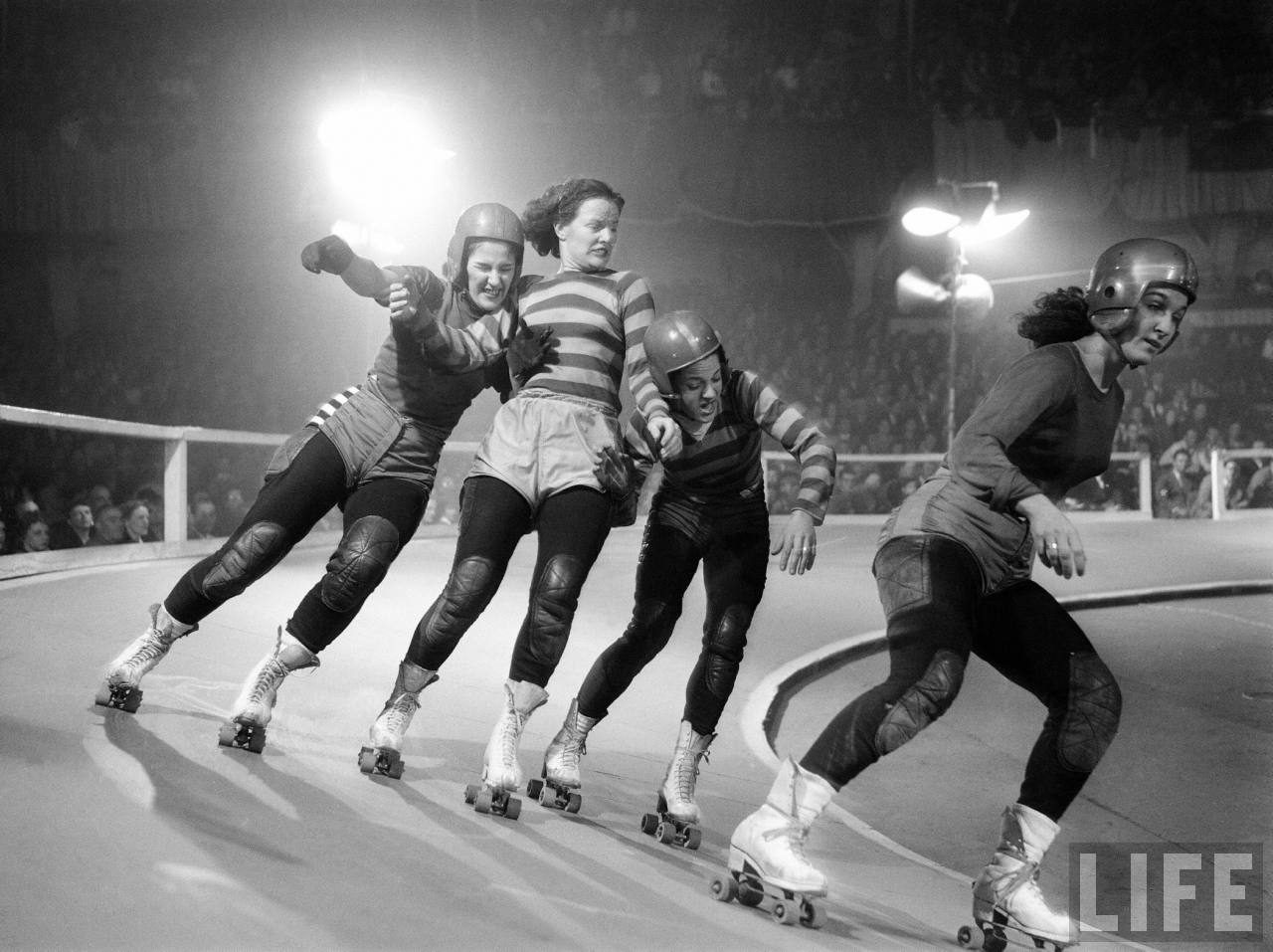 Maybe when you grow up you start to notice that you march to a far cooler drummer than the rest of your family or maybe you notice that just because you share the same blood and would probably donate a kidney to someone with the same genetics as you doesn't mean you share a heck of a lot else in common.  Besides you can't always make or keep everyone happy and it's far easier to be around happy people who will do really crazy shit with you...

Like the roller derby because the uniforms are super cool.

And you can yell at people.

Looks like we need a mafia roller derby date!

I have to be anonymous because I don't have agoogle account and don't know what Open ID is or how to Name/URL. But it's me Pam.