I need a new career. It's my annual winter crisis. Boredom cuppled with an empty bank account causes this hysteria every winter.

Yesterday while I was lying around the gynecologist office with my pants off wishing I was a anywhere else with my pants on (or off I'm really not picky) I thought to myself...I'm 51 and I've yet to reach the stardom I thought sure I'd have reached by now nor am I infamous which some would have said was a distinct possibility.

So after a large chunk of my uterous was ripped away for further testing I started coming up with career ideas and why they might or might not work. Here are a few;

1. Comedian - I'm moderately funny on paper. I'm odd looking on the best of days, like a female Rodney Dangerfield, my family provides a plethora of material but I'm 51, live in Maine and as noted I'm female. Maine is known for moose and tourist. Ayup that's a strike.

2. Dog Whisperer - I just tried it. One of my dogs burped in my face, the other walked away while I shouted "come baaaack" so obviously this is a poor idea.

3. Fashion Designer - I like clothing. I like wearing nice, well fitting comfy clothes. But I live in jeans,  Chuck Taylor's, and concert t-shirts from Goodwill plus flip flops and bathing suits. Not sure I'd be good for my own brand image. Plus I'm built like mashed potatoes.

4. Baker of Bread - I can bake and I bake great bread. But I don't have a commercial kitchen and kitchen rental costs money. And I'm already built like mashed potatoes and lumpy sour dough. Plus I like to feed people and taking money for it would be weird.

6. Professional Coffee Drinker - I love coffee and I actually know a lot about coffee but the last time I went to Starbucks I was stopped for going 45mph in a 30 and I'm pretty sure I was so hopped up on the bean that I scared the nice young policeman. 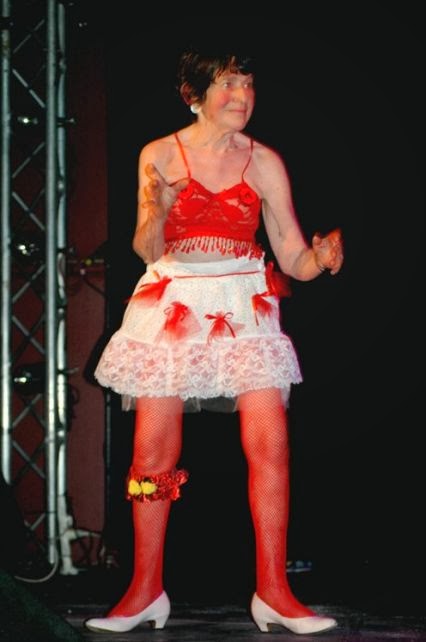 I see a writer! Book, news, opinion blog in a local or not so local.

I'm amazingly opinionated so I'm off to a good start!

If you could only turn "highly-obsessed stalker-type groupie" into a career, you'd have it made.